When Australians talk about people seeking asylum, the discussion tends to be ’emotional and often not very thought through’, but the Kaldor Centre Principles for Australian Refugee Policy challenge us to change that debate, said UNSW Chancellor David Gonski AC as he launched the evidence-based policy agenda on 13 June at Wotton + Kearney in Sydney.

Set out in a comprehensive paper as well as in a summary with Key Priorities, the Kaldor Centre Principles are grounded in evidence and informed by good practices, providing real-world examples of how a more humane, sustainable and manageable approach can benefit both refugees and the nation.

‘The very least these principles will do is to start the debate,’ said Gonski. ‘And the very most it will do – which is just marvelous – will be to influence the policies, as people, I hope, take those principles and say, “Are we doing it within this principle or are we not?”

‘I love the fact that, as I read through the principles, there are good arguments for each one. We are not only setting out for a debate, but we are setting out frankly the arguments for those principles,’ Gonski said. ‘So now if people don’t agree – and they are entitled to do that – they have to bring some science, some thinking, some intellect, to actually say this is wrong.’ 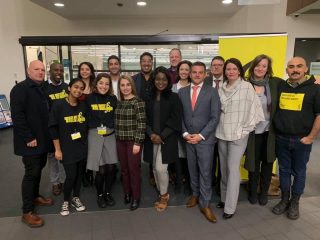 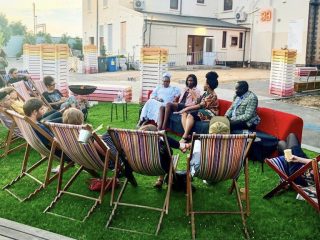